State-of-the-art power line communications (PLC) channel models follow either a bottom-up or a top-down strategy. The forner uses transmission line theory and it captures the physics of propagation. The latter is phenomenological but it still tries to model the channel with a fitting function that has some connection with physical phenomena.

“A purely phenomenological approach was not considered yet”, prof. Tonello says. “We came up with the idea of a fully phenomenological model obtain ed from the observation of collected data from measurements. We named the model synthetic since this terminology encompasses two meanings, namely artificial, i.e. obtained from synthesis without physical assumptions, and compact, since the model adopts a small number of parameters.” The theoretical formulation resembles the strategy that was presented in [1] for the in-home SISO channel, but it has been extended to the far more complex MIMO scenario.

The proposed novel model [2] adopts a completely new strategy to take into account both the frequency and the MIMO ports (or modes) correlation, represented by the MIMO statistical covariance matrix. In particular, the proposed synthetic model implementation strategy is able to reconstruct the overall MIMO matrix by using a significantly reduced number of parameters. This implies, that the full correlation matrix coefficients obtained by measurements are not needed.

“I believe that this new approach will stimulate new research endeavors in the field of PLC statistical channel modeling. In turn this will enable the development of fast simulation tools”, prof. Tonello says. 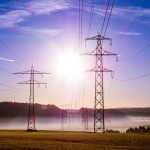 Education in the Cloud: where Sources and Addresses Lose their Conventional Role