Tremendous progress has been made in the development of generative networks that are capable of mimicking real data. The most exemplary approach is represented by GANs that have shown to work very well in image processing applications.
The question is whether we can do better and whether there exist neural network architectures that show higher flexibility and wider applicability.  The starting point has been to face the challenge from a probabilistic perspective so that data learning and generation observes and targets the joint distribution of real data.

We then came to a new solution that we named segmented generative model. It works by mapping and processing data in the uniform latent space.

Some implicit probabilistic models that follow a stochastic procedure to directly generate data have been introduced to overcome the intractability of the posterior distribution. However, the ability to model data requires a deep knowledge and understanding of its statistical dependence — which can be preserved and studied in appropriate latent spaces. In the paper “Segmented Generative Networks: Data Generation in the Uniform Probability Space,” together with Nunzio Letizia, a segmented generation process is proposed. It performs linear and non-linear manipulations in a same-dimension latent space where data is projected to. Inspired by the known stochastic method to generate correlated data, we develop a segmented approach for the generation of dependent data, exploiting the concept of copula. The generation process is split into two frames, one embedding the covariance or copula information in the uniform probability space, and the other embedding the marginal distribution information in the sample domain. The proposed network structure, referred to as a segmented generative network (SGN), also provides an empirical method to sample directly from implicit copulas. To show its generality, we evaluate the presented approach in three application scenarios: a toy example, handwritten digits and face image generation. 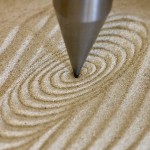